You are here: Home / Pregnancy / When Do I Know I’m Having Braxton Hicks Symptoms?
Pin
Share
Email

Last night my hubby and I went to see a play.  Well we were running late and actually jogging to the front door of the theatre.  Just as we walked in, the bell was ringing, indicating three minutes to curtain time.  But I had to pee!

So I sprinted downstairs as best as I could and took the fastest potty break of my LIFE.  Then sprinted back up TWO flights of stairs to the balcony where our seats were.  And I got inside the door just as the lady was closing it with the lights dimming. 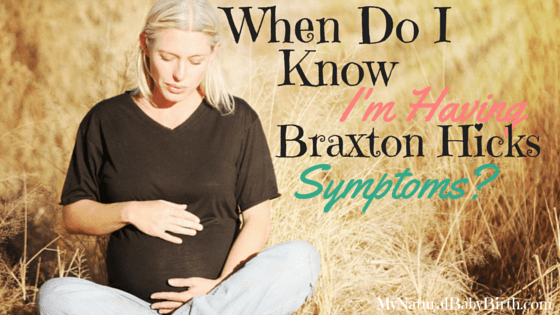 Stumbling past a row of people, trying not to press my belly into someone’s face, I finally go to my seat, plunked down and said, “I made it” to my husband.

Then he has the lovely gall to say, “Are you out of breath?”  OF COURSE I was out of breath!  I exclaimed quietly, so as to not bother people around me, that I’d just ran up two flights of stairs with a preggo belly.

It was funny.  Then I sat there and realized how hot I was, fanning myself with the program, chugging some water I had in my purse, waiting for my body to cool back down.

Then I had one….a Braxton Hicks contraction.  Plus a couple more.  So what did I do?  Chugged extra water and relaxed best I could in the theatre seat.  Luckily, the gal next to me sat semi-tailor style or with a knee propped up.  So I did the same, knowing it wouldn’t make her uncomfortable.

So it begins…having Braxton Hicks symptoms or contractions.

What Are Braxton Hicks Symptoms?

The easy explanation is that they’re contractions, but not REAL contractions that mean you’re in labor.  (See the phases of labor here.) 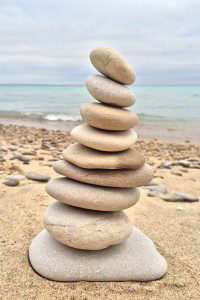 They’re more like ‘warming-up’ contractions that your body puts you through.  Your entire uterus, or sometimes parts of it, will contract completely on its own, for a few moments and then relax.

They’re usually not consistent and can seem to happen randomly.  Other times you may have sets of them continually and then they seem to just go away for no reason.

They feel rock hard and it becomes difficult to move around them, besides walking.  But bending can be out of the question.  It’s like a bowling ball or a billiard ball is inside of you, just under your skin, and you can’t relax it away.

I once described them to my husband as this:  flex your abs as tightly as possible, so they’re rock hard, then press your stomach against the edge of a table or counter-top.  It’s like that, but coming from the inside instead.

Once when I was overly large with my first pregnancy, I was on a barstool leaning forward against the counter, with my belly tucked underneath the edge.  I was busy talking to someone and hadn’t noticed that I was in the middle of a Braxton Hicks contraction.

Then suddenly I tried to move off the barstool  and realized I was stuck!  My belly was so stiff that I had wedged it under the counter and I couldn’t pull free until it was over.   I think I laughed hard enough to pee a little at that one.

During one, you can press against your belly and feel just how hard they are.  Then once it’s gone, feel how squishy and soft you’ve become again.  It’s kinda freaky, but cool at the same time.

Seemingly nothing can be the cause at times.  But usually it’s one of two things beyond the norm:

When I was pregnant with my second boy, my husband and I were the first unfortunate individuals to receive the news that a loved one had passed on in the hospital after a tragic accident.  Immediately after that, I had Braxton Hicks continuously all that night, around 12 hours strait or so–over and over again.

I wasn’t worried because I knew the difference between true labor and these contractions.  But it certainly didn’t help when it came time to work through things.

So most of the time, there’s not much you can do about them, except make sure you are getting enough water.  But keeping your abdominal muscles strong can help counter the increased pressure they can cause at times.  (You can do so starting with pelvic thrusts on hands and knees described here.)

I like to consider them a good thing.  Why?  Because your body is very slowly getting ready for birth.  As each pregnancy comes along, your body is more proficient at it, thus starting with Braxton Hicks sooner.

Many mothers seem to feel that having stronger and more regularly contractions of this type means that their labor will be easier and shorter.  I have yet to find a researched source supporting that fact.  But it certainly isn’t something I would discount either.  Because it logically makes sense and I don’t think your uterus would try to expound such extra effort so often if it wasn’t for a positive reason. 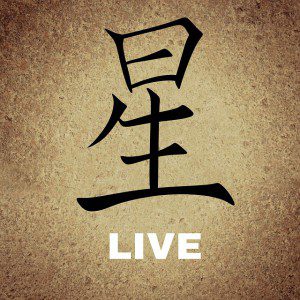 But yes, they can be ANNOYING.  Some women claim that they’re very uncomfortable and dislike them entirely.  I’ll admit that when they come on extra strong it can be quite uncomfortable, especially when you’re trying to move around beyond walking.

I have found them to not be painful whatsoever, though.  In fact, sometimes they’re so common place to me that I don’t even notice them sometimes.  When I have a moment where I think my clothes feel funny or someone’s put something in my lap, I’ll just reach down and touch my belly, realizing it’s a Braxton Hicks.  But every mother experiences things a bit differently.

Learn More About Your Body With A Birthing Course

What do you like or dislike about your Braxton Hicks contractions? 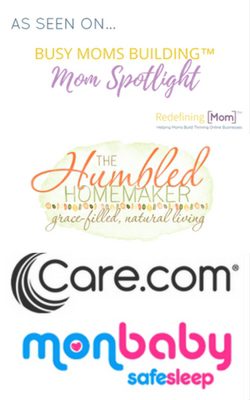