All new mommies in their first pregnancy seem to be most anxious about knowing when they’re in labor.  I was the same way.  I didn’t want to freak out and end up going to the hospital to only be told that I overreacted and would be sent home. 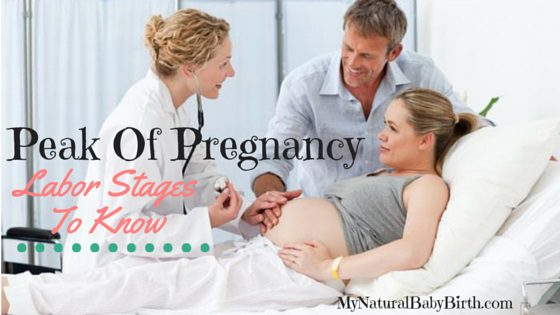 Then again, none of us want to be so ignorant that things happen before we’re even ready.  (Make sure you know if you’re just having Braxton Hicks contractions or false labor.)

So at this peak time, there are pregnancy labor stages to know so that you can be more aware of what to expect and what’s coming next.

There is SO much we could get into with details about labor, but this will be the cut and dried version with all the basics.  When you’re overwhelmed with information, it’s hard to remember much in the moment anyway.  (Thus I’m only going to discuss what you’re feeling and dilation, nothing more–which seems to be all that most mothers are concerned about anyway.)

But talking through it or mentally accepting each phase is a tremendous help through your labor. 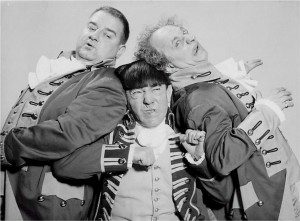 So to liven this up a little bit, you get to hear my analogy of labor stages with that of the Three Stooges.  Even if you didn’t watch them as a kid, we all seem to know who the Three Stooges are.  You’ll get my meaning in a moment.

Physiologically, there are three distinct phases or stages of labor that your body goes through in order to get that little one out–Early, Active & Transitional labor.  Not to be confused with the three stages of birth, which are:  labor, pushing/delivery and afterbirth (read more on those here).  This discussion will cover what happens that everything up until you’re ready to push.

Larry is the stooge that is passive, not really making great strides in his life, but is the foundation of the group.  Thus, your early labor is too.

This is the time when you’re cervix is starting to dilate very early on, up to 3cm.  It can start as early as 37 weeks along.  But it can but as short as a few hours before your active labor begins.

You may not feel anything at all during this time; you may feel lots going on down there.  It’s often mild cramping much like you’re period, braxton hicks contractions, mild back pain–often it’s not distinguishable from your normal everyday pelvic pains that come and go.  It just depends on what you’ve already been feeling and how aware you are.

You’re water can break here, or not.  It can break before you’re in labor, or not.  My water never broke naturally, so we did it manually at the very end. 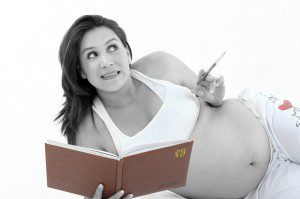 You even lose your mucus plug somewhere during this stage, but many women don’t even notice when this happens–I certainly didn’t.

With my first baby I felt nothing that would be considered early labor.  My routine checks with my OBGYN showed me barely dilated to 1 cm for a few weeks before I went into active labor.  It was kind of frustrating because I was anxious for things to happen.

But just because you’re not feeling much doesn’t mean that anything isn’t happening inside.  First time pregnancies are often that way, with later pregnancies being more vivid in symptoms with early labor.

My second pregnancy, I had was felt like period cramps way down low right at my cervix, and I was slowly dilating up to 4cm before I started active labor.  But I was feeling that way for about two weeks.

So be aware of the differences depending upon your previous experiences.

So here, just remember….Early is Larry = lame, low and slow.  You want it to begin, but you never know exactly how it’s going to work anyway.  Read more here about how to naturally help induce your labor to fully begin.

Curly is the boisterous one that can be obnoxious and vocal.  Your active labor is where stuff starts to really happen.

Right now your cervix is very actively dilating up to around 8 cm.  It can begin from no dilation at all, but is usually when you’re at least 3 cm or so.

The real contractions begin here.  And these are not like the braxton hicks  that are a firm tightening of your entire uterus.  Labor contractions are MUCH more distinct and down low at your cervix.  Many women feel them in their backs and call it ‘back labor.’

They follow a distinct pattern, lasting a minute or so and coming continuously.  You may start out with contractions 15 minutes apart, then they start to get closer and closer together–also stronger and stronger. 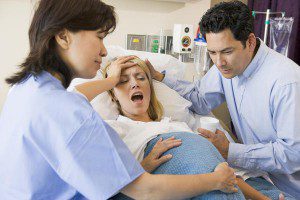 You’ll often have what is called ‘bloody show.’  Because you’re cervix and membranes are undergoing such movement and pressure so quickly, your blood vessels can burst a little causing you to bleed some.  For many women this is the sign for them truly knowing that they’re in active labor.

When I started active labor with my first baby, I honestly thought I was just having bowel cramps because I’d had them off and on my entire life.  But then I went to the restroom and realized that I was bleeding some.  Then it hit me that I was likely in labor.

So I started walking around and timing the contractions.  I was about four minutes apart consistently and then I couldn’t deny the fact that I was now in active labor.

Active labor can last for hours and hours, even a few days for some unlucky ladies.  It’s always longer for first time moms, usually 12-15 hours.  But it can range anywhere from 5-6 hours up to 30 or more.  With each pregnancy, the time in active labor seems to lessen each time, depending on the mother and how she treats her labor.

There are things you can do to help your labor progress and also provide additional pain relief along the way.  Read more here and here.

So for this part….Active is Curly = obnoxious and real, not a mystery.

Moe is the dramatic one that flares up, hitting people and completely expressing his frustrations and anger.  He’s hot-tempered and you will be too, most likely.

The best thing about transitional labor though is that it doesn’t last very long–a few minutes to a few hours.  Sure, it can certainly seem like that contraction will NEVER end….but it will.

It’s that intense, 20 foot cliff you have to climb at the end of your hike before you can stop and look out upon the view of the mountain you’ve just climbed–if you don’t mind the metaphor. 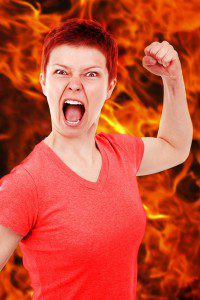 The contractions here are the most intense and can last the longest.  I think I had one that was almost 3 minutes long.  They usually start when you’re around 7-8 cm dilated and end when you’re 10 cm.

You can finish those three cm in as little as ONE contraction, believe it or not; I’m living proof of that.  But if it’s lasts longer than that for you, know that this is the LAST moment when you have to fully commit to letting your body take control.

Once this transition is over, know that it will be the moment when YOU can start taking control and working with your body.  You’ve made it this far and you WILL make it through transitional labor.

The last part of labor:  Transition is Moe = flaring and hot-tempered, but quick and final.

The BEST part that you can actually do something about–pushing!  You’re cervix is fully dilated to 10 cm and baby is ready to come down the chute and greet the world from you’re pushing or concentrated breathing.

I’ve got this great pic that summarizes the stages of labor to help all you visual folk.  Don’t worry about the myriad of other details like effacement and what station your baby is at.  Because in the moment you may not even care.  You may only care about how much longer your current contraction is going to last. 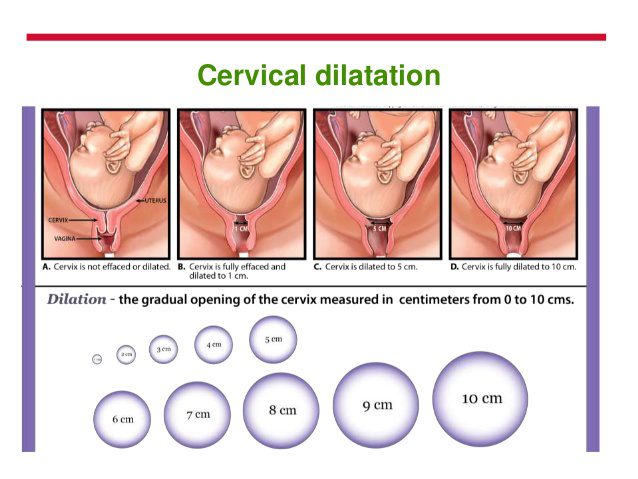 This pic mentioned effacement.  Check out here what effacement means alongside dilation.

Now of course this image isn’t to scale.  But you can think of 1 cm dilated as open as a cheerio is wide.  Then 10 cm dilated is like a bagel or donut is wide.  Thus, a reason why you don’t want to start pushing until everything that can be out of the way IS out of the way.

All this got you nervous?  Make sure you’ve mastered your relaxation techniques and I PROMISE you will get through your labor.

Instantly Master Your Relaxation With This Miracle Birthing Kit

Any mommies out there that had distinct labor stories?  I’ve shared mine, now it’s your turn.  🙂